Click to expand menu
Click to expand search
You are viewing content from the ACF Archives that is no longer current but remains on our site for reference.

50 Years of Service to Children, Families and Fathers 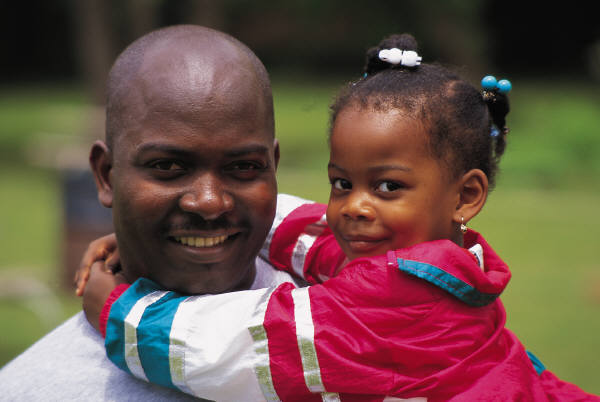 Over the years, a significant number of programs moved away from a basic awareness of the father's role. They now acknowledge their influence and expect that fathers will be fully engaged in their children's lives’ and school experiences.By David Jones, Fatherhood Specialist, Office of Head Start

Father engagement Visit disclaimer page has changed a lot over the years. As we celebrate Head Start's 50th anniversary, it's a time to reflect and celebrate our accomplishments.

When I look back to 1965, one aspect of Head Start I consider to be truly innovative was the focus on parent involvement. It was an inherent belief that soliciting the advice of parents, respecting their culture, and involving them in all aspects of service provision could enhance the quality of care provided to their children. As a former Early Head Start director, I took this to heart, made it a part of the agency's mission statement and a core component of its approach to serving children and families.

So what about fathers? How has fatherhood changed within Head Start? The title of this blog suggests programs began providing direct services to fathers at the very moment Head Start was conceptualized. Certainly, Head Start's early innovators had to think about what part, if any, fathers would play in ensuring their children were prepared to enter kindergarten. Staff quickly learned that they needed to evolve in their thinking about the role fathers played within the family. Equal rights, women's rights, and civil rights legislation changed how parents' roles were defined. They had to deconstruct prescribed gender roles and recognize shifted expectations. All of these factors influenced how we viewed fathers within Head Start programs.

Over the years, a significant number of programs moved away from a basic awareness of the father's role. They now acknowledge their influence and expect that fathers will be fully engaged in their children's lives’ and school experiences. The development and progress of father engagement in three Acts:

Act I. Aware that fathers were part of families, Head Start staff were not clear about their role since fathers did not frequent programs. As they encountered more dads, programs were asked to provide support. Family Service Workers or Fatherhood specialists responded to the demand.  They met with fathers, linked them to services, provided support groups, and helped them negotiate systems they encountered. In 1991, Head Start funded six male involvement demonstration projects. Intentional focus on father involvement by the Office of Head Start (OHS) included targeted funding and allocations of resources.

Act II. Head Start programs learned a great deal from their initial work with fathers.  In the past 10 to 15 years substantial changes were made.  OHS funded 21 fatherhood demonstration grants and launched the 21st Century Exploring Parenting Curriculum. Programs developed nationally recognized fatherhood initiatives and partnered with statewide fatherhood coalitions. Research influenced their understanding of the benefits of father involvement, shedding light on some of the adverse effects for families and communities when fathers were absent or not positively involved. Programs acknowledged fathers' contributions with great enthusiasm, and invested in professional development for staff working with them. However, moving away from the societal prescribed definition of fathers as financial providers continued to be challenging.

Act III. In several programs with thriving fatherhood initiatives, due to a loss in funding, or the loss of the fatherhood specialist, programs began to struggle. The Building Blocks Visit disclaimer page resources, enabled programs to draw upon lessons learned, research, and their past successes to provide meaningful supports to fathers and guidance for program leadership. Services were designed to address fathers’ unique needs but were not connected to overall goal planning or child development activities supporting school readiness.

New research illuminated how actively and positively involved fathers could impact children's development across all domains. With a deeper understanding of the impacts involved fathers have on children's educational success and pro-social behaviors programs used this data in conversations with mothers to gain their support. This contributed to an expanded definition of the fathers' role within the home and in their children's lives.

Moving from involvement to engagement enhances the decisions programs are making about how to improve services.  The Head Start Birth to Five Father Engagement Guide Visit disclaimer page helps programs build upon past success and sustain gains. Programs are increasing their capacity to fully integrate all of their fatherhood activities with thoughtful professional development, continuous improvement, supervision, and training.