In 1994, President Clinton signed a resolution establishing the fourth Sunday of July as National Parents’ Day. This holiday is designed to celebrate parents and promote responsible parenting.

In the spirit of honoring the important role of parents, OCSE is proud to award $10.9 million to 11 state and tribal child support agencies to develop programs that educate teens and young adults about the financial, legal, and emotional responsibilities of parenthood. The agencies will integrate child support and responsible parenting education into a variety of youth-centered systems by collaborating with:

This second group of grantees will join the eight programs who received their awards in 2020 for a three-year term. Like the first group, grantees will spend the first year refining the program design, evaluation plans, and curricula; formalizing collaborative partnerships with public and private agencies serving teens and young adults; and pilot testing. The second and third years will be devoted to implementing, tracking, evaluating, and refining program activities. The new grantees will also participate in peer learning activities to learn from the first group of awardees.

Stay tuned for future articles that will share assessments of these grant activities and describe effective strategies for child support education and outreach. You can find the latest OCSE grant news on our website.

Within just a few weeks of Arizona’s COVID-19 emergency declaration, 95% of the Division of Child Support Services was working from home. Our offices kept a limited number of staff onsite to support clients who may not have had access to phones or internet and encouraged others to use our virtual services.

These changes not only kept customers and staff safe, but also offered what many customers wanted. Arizona is a large state, and for some clients, getting to one of our offices has always been a challenge, despite our program operating 22 offices throughout 15 counties. With a client-centered focus, we started looking at how to expand virtual services and shrink our real estate footprint. We considered closing offices in low-demand areas and looked at where to reduce space, relocate, or renew leases. The changes we implemented are projected to have an annualized cost savings of $6 million in just a year and a half.

Over the last year, we consolidated two of our largest administrative offices and completely transformed one of our largest public-facing offices. You can see one of the transformations in the figures below. Over the next two years, we will be reviewing six more leases and determining next steps for those offices. We also plan to continue modernizing our workforce with the tools, equipment, and supports they need to do their work, while also bringing more services online for clients. 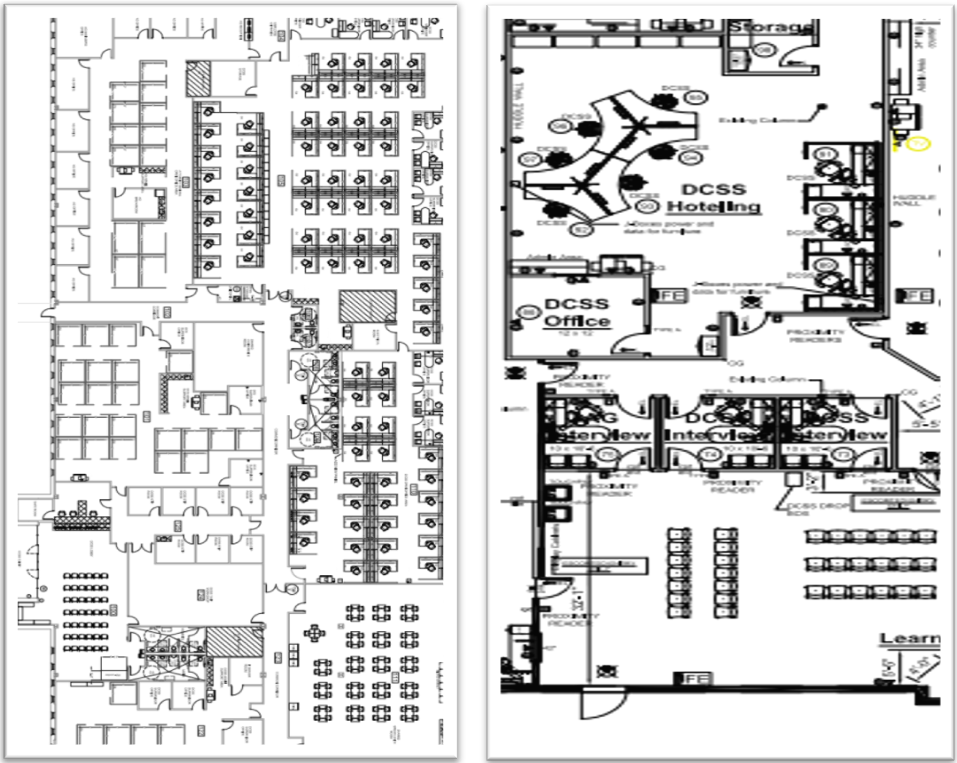 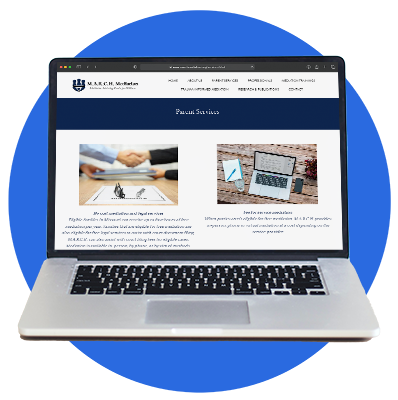 Each year, OCSE awards about $10 million in mandatory grant funding to states and territories to operate the Access and Visitation Program, which helps increase noncustodial parents’ access to and time with their children. States are permitted to use grant funds to develop programs and provide services such as mediation, developing parenting plans, education, counseling, visitation enforcement, and developing guidelines for visitation and alternative custody arrangements. Missouri has used this grant to support virtual mediation that meets parents where they are.

Mediation Achieving Results for Children (MARCH) is a Missouri nonprofit created in collaboration with the Missouri Department of Social Services and Family Support Division. MARCH provides parent mediation services to resolve disputes, including child support and parenting time. On average, its statewide network of mediators completes about 56 mediations per month. Half of these are provided at no cost to eligible IV-D cases, and the other half are fee-for-service mediations.

Virtual mediation became available to clients in March 2020 to prevent COVID-19 transmission. Last year, our team conducted a study to assess the effectiveness of virtual mediation as a supplement to in-person and phone formats for parents in 32 cases. Through 65 post-mediation surveys and 16 interviews with parents and mediators, we assessed quality, accessibility, engagement, outcomes, and satisfaction across the three modes of communication.

This study’s small sample size prevents it from being generalized, but it offers useful insights about choice and virtual mediation. Missouri parents were able to choose a convenient mediation format that helped support parenting agreements, case outcomes, accountability between parties, and court efficiency.

One of the more complicated areas of garnishment compliance is prioritizing more than one type of garnishment for an employee. The priority depends on garnishment type and the date received.

In the hierarchy of garnishments, child support must always be withheld before the following voluntary and involuntary deductions:

The priority order of creditor garnishments is even more complicated in relationship to child support withholding. The Consumer Credit Protection Act (CCPA) establishes a limit on creditor garnishments (those not for support, bankruptcy, or any state or federal taxes). According to a U.S. Department of Labor fact sheet Visit disclaimer page , the weekly amount may not exceed the lesser of two figures:

Also, the CCPA limits on child support range between 50% and 65% of disposable earnings depending on the employee’s situation (supporting other children). When considering creditor garnishment limits, employers must include the percentage of earnings associated with child support.

Prioritizing IWOs and other garnishments is critical for compliance. We recommend that employers test their wage garnishment systems to ensure orders are prioritized correctly.

When the pandemic hit last year, child support programs nationwide were suddenly confronted with how to safely continue providing services to families. Alana Tucker, Director of Program Operations, started working on several innovations in response to the COVID emergency.

The annual Governor’s Honor Awards ceremony celebrates the highest levels of outstanding work occurring at Virginia state agencies. This work significantly advances the Commonwealth’s strategic goals, mission, and overall administrative excellence. We are extremely proud that Alana Tucker received the 2020 “Champion of Change” award. This category recognizes employees who advocate, promote, and institute a change that aligns with the agency’s vision and motivates employees towards elevating organizational performance.

We are grateful for Alana’s visionary leadership and the hard work of all Virginia child support professionals who helped families during this challenging time.

Help spread the word about the child tax credit. This year, most families will receive a monthly payment of $250 - $300 per child starting on July 15. Families who are not automatically enrolled because they didn't have to file taxes last year can sign up using this online tool Visit disclaimer page . Learn more at ChildTaxCredit.gov Visit disclaimer page .

Child Support Report is published monthly by the Office of Child Support Enforcement. We welcome articles and high-quality digital photos to consider for publication. We reserve the right to edit for style, content and length, or not accept an article. OCSE does not endorse the practices or individuals in this newsletter. You may reprint an article in its entirety (or contact the author or editor for permission to excerpt); please identify Child Support Report as the source.