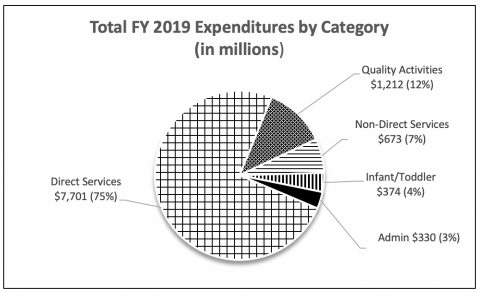 2 These amounts include approximately $14 million in excess state-only expenditures reported as CCDF Match and MOE above the amounts required to drawdown the full CCDF grant award.

4 GY 2017 is the most recent grant award that has been completely spent down.