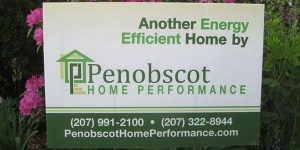 Coastal Enterprises Inc. (CEI) Visit disclaimer page is one of the oldest community development corporations in the country, founded in 1977. It serves a large swath of rural Maine from its headquarters in the coastal town of Wiscasset. CEI and its leadership have long believed in building an economy that would use the state’s resources to create jobs and services without unduly stressing the area’s natural beauty. Thus, CEI has supported small fishermen and fishing facilities, value-added lumber industries, agriculture, and similar industry sectors.

In 1993, CEI conducted an analysis to see which green industries or job sectors held promise for employing Maine residents. As a result, the organization lent about $5 million to approximately 40 green businesses over the next few years. Its green lending continued into the first decade of this century, especially increasing its support of timber-related and farming businesses and firms taking advantage of the country’s increasing interest in alternative energy. To help on this work, CEI was awarded funds from the U.S. Department of Labor and U.S. Treasury’s Community Development Financial Institution Fund to lend more in green industries and to sponsor job training in the field. In the words of Gerald Salvo, CEI’s director of workforce solutions, “Green industry work was a triple bottom line investment for us. It makes economic sense, it creates businesses and jobs, and it fits our organization’s overall mission of helping the environment.”

CEI’s interest in green industries was reinvigorated in 2009, when it commissioned another study “Defining and Mobilizing Maine’s Green Economy: A Feasibility Study,” with funding from the Annie E. Casey Foundation. That study suggested a potential for growth—and jobs—in agriculture and foods, energy efficiency, and renewable energy.

Following up on this study, CEI applied for and received a CED grant to expand its green industry financing and support activity. It created the Growing Rural Energy and Environment Networks (GREEN) Revolving Loan Fund which focused on food and agricultural businesses and on renewable resources—the industries the 2009 study identified as most promising. The GREEN Fund was capitalized with $600,000 from CED to target small, but expanding, businesses in five rural central and western Maine counties. These counties all had poverty and unemployment rates above the state rates, and thus the GREEN Fund sought to help businesses that could bring new jobs online quickly. CEI, with its 30+ years of lending experience, thought that more jobs could be generated by existing businesses that showed they could grow, as opposed to new businesses. The overall goal was to assist four growing businesses that would create a total of 65 full-time jobs, of which 48 would be targeted for low-income individuals.

CEI allowed borrowers to use the loan funds for working capital, machinery or equipment, building updates, or business or property acquisition. Borrowers were expected to leverage GREEN funds on a dollar-for-dollar basis with other funds, including equity from the business owners. CEI pledged to help borrowers find qualified low-income workers and provide human resource assistance to promote worker retention and training. Interest rates on the loans would depend on project and borrower needs (typically between 5 to 8% which were below market rates). Loan agreements allowed a structure that permitted reduced rates if employment goals were met. In fact, CEI could use some of the loan funds to make an equity investment in the businesses, if needed and desirable.

CEI used its vast network of businesses and agencies to advertise the GREEN Fund. CEI has more than $950 million in loans under management. Since 1977, its funds have assisted more than 2,300 businesses in the state and helped create or preserve 28,000 jobs.

By the time CEI closed out the three-year CED grant period, it had lent all of its initial funds to four businesses that created 60 jobs for low-income individuals, 12 more than anticipated. The four businesses included two food-related firms and two energy businesses.

MOO Milk, which stands for Maine’s Own Organic, is the state’s only organic dairy marketing firm. The company received a $252,000 GREEN loan to expand the firm; the expansion project was supplemented with $500,000 in equity funds. MOO Milk was established in 2009 to provide a market for 12 family dairy farms that had adopted strict organic controls. Initial efforts were hampered by the withdrawal of the organization that had initiated the endeavor, leaving the families without a sales outlet. Working with the state farm bureau and organic farmers association, MOO Milk was then formed to pick up, process, and sell the milk. The CED grant project outcomes included a new office and sales jobs, as well as new jobs at some of the farms supported by MOO Milk (these jobs are in addition to the 60 existing farm jobs saved across the 12 family farms).

LaBree Bakery, which makes extensive use of Maine-produced foods, including butter and fruit, undertook a major expansion of its products with GREEN Fund support. It received a $200,000 GREEN loan, which was supplemented with a mix of bank, public loan, and company equity funds, to develop a funding pool of nearly $2.5 million. The bakery has employed almost 80 low-income individuals.

Nyle Systems created a new water heater that uses heat pump technology to efficiently heat water for residential owners. The company received a $100,000 GREEN loan to expand its business and supplemented the funds with an equal amount from CDFI Funds invested by CEI.

CEI knows its community and has a deep connection to the regional economy. It has made more than $1 billion in loans and equity investments since 1977, with $2.5 billion leveraged in conjunction with those loans and investments. It has the experience in advertising the availability of its funds, skills in assessing the risk of applicant businesses, and the capacity to underwrite loan transactions and service the resulting loans. This broad capacity caps costs and reduces potential delinquencies and bad loans.

Even with this capacity, CEI reports that the national recession affected the work of the GREEN Fund. It had planned to lend all of the funds in an 18-month period, but it actually took an extra year. Businesses were not able to expand easily during the recession.

The recession also caused a problem on the job side. High unemployment, which is still a problem in the state (the rate in late 2013 was over 6%), impedes efforts to link low-income people to jobs. There are more people—including some with extensive training and experience—in the pool of individuals seeking work. To overcome this problem, CEI used U.S. Department of Labor training funds to help ensure that potential employees met employer needs.