Parents and Children Together: Effects of Four Responsible Fatherhood Programs for Low-Income Fathers 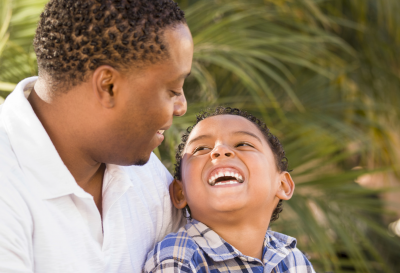 Children who are supported emotionally and financially by their fathers tend to fare better than those without such support. Despite wanting to be strong parents, providers, and partners, many fathers struggle to fulfill these roles. Recognizing both the importance of fathers and the challenges that they face, Congress has authorized and funded grants for fatherhood programs for more than a decade. The Office of Family Assistance (OFA), which is in the Administration for Children and Families (ACF) at the U.S. Department of Health and Human Services, awards and oversees these grants. ACF designed the responsible fatherhood (RF) grants to help fathers overcome barriers to effective and nurturing parenting, support their family formation and healthy relationships, and improve economic outcomes for themselves and their families.

To learn more about the effectiveness of these programs, OFA funded, and ACF’s Office of Planning, Research, and Evaluation oversaw, a contract with Mathematica Policy Research to conduct the Parents and Children Together (PACT) evaluation. The PACT RF impact study was a large-scale, random assignment examination of four federally funded RF programs that received grants in 2011. This report discusses the impacts of those programs on fathers’ parenting, relationships, economic stability, and well-being about one year after the fathers enrolled.

The evaluation team selected four grantees to participate in the PACT RF study: (1) Connections to Success in Kansas and Missouri, (2) Fathers’ Support Center in Missouri, (3) FATHER Project at Goodwill–Easter Seals Minnesota, and (4) Urban Ventures in Minnesota. As required by ACF, the RF grantees offered services in three areas: (1) parenting and fatherhood, (2) healthy marriage and relationships, and (3) economic stability.

In each RF program in PACT, group-based workshops were a core service for delivering much of the required content. Facilitators in the workshops led fathers in discussions about topics such as the meaning of fatherhood, child development, co-parenting, and finding and retaining employment. Grantees based their workshops mostly on published curricula on parenting and healthy marriage, but they developed their own curricula for economic stability services. Grantees also offered individualized support to help fathers with economic stability—for example, at three of the four programs, specialized employment staff met one on one with participants. All four programs in PACT also covered personal development topics, such as coping with stress, responding to discrimination, problem solving, self-sufficiency, and goal planning.

The typical father in the PACT RF study was a disadvantaged man of color in his thirties. Of the men enrolled, 77% were African American, and 6% were Hispanic. They each had two or three children on average. Nearly half (46%) had children with multiple women. Before enrolling in the study, fathers’ average monthly earnings were $378, less than half the weekly earnings of the average full-time worker in the U.S.

Key impact findings of the project include the following:

From December 2012 to March 2015, the PACT evaluation team randomly assigned 5,522 fathers who applied for one of the four PACT RF programs to either (1) a program group, which was offered RF services, or (2) a control group, which was not offered these services. Programs could serve mothers, but the evaluation team excluded female clients from the study. The control group received information about other services in the community and could choose to participate in those.

The evaluation team estimated the effects of the RF programs in PACT by comparing the outcomes of the program group with those of the control group. These estimated effects represent the difference, on average, between what actually happened to fathers who were offered RF program services versus what would have happened to them if they had not been offered these services.

To estimate the effects of the programs, the team used data from three sources: (1) baseline surveys completed by all fathers when they applied to a PACT RF program, (2) follow-up surveys conducted with the fathers about one year after study enrollment, and (3) administrative employment records collected from the National Directory of New Hires (NDNH). The baseline and follow-up surveys included questions in many areas, including parenting and economic stability. The NDNH is a national database of information about employment and earnings maintained by the Office of Child Support Enforcement.

The success of the PACT RF programs in improving fathers’ parenting is noteworthy because fathers’ experiences might make it hard for them to focus on their parenting skills. Most fathers did not live with their children and were not romantically involved with the children’s mother. Although other programs have helped fathers improve their parenting, those programs typically only served fathers who were romantically involved with or married to the mothers of their children.

To increase the likelihood of improving participants’ employment outcomes, RF programs may need to offer more intensive or comprehensive services than the programs in PACT offered. The programs in PACT varied in the amount of economic stability services they provided—from 2 to almost 50 hours of services, on average. However, even the most intensive services offered by the four programs in the study did not improve participants’ earnings during the follow-up period. Given the number of barriers that the fathers had, some may require additional support to address underlying issues such as criminal justice involvement and substance use, which hinder their ability to get and keep a job. Future research will be needed to evaluate the effectiveness of these programming strategies.