Success Sequence: A Synthesis of the Literature 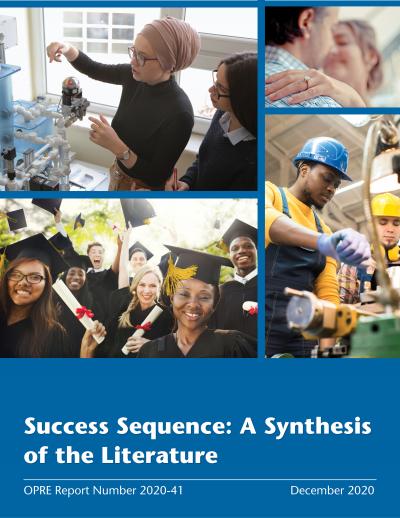 The success sequence is a term that has gained currency in discussions of federal programs and policies to reduce poverty and help adolescents and young adults achieve self-sufficiency as adults. It refers to a series of milestones in life that are associated with escaping poverty and joining the middle class. Although definitions vary, the milestones most often include obtaining at least a high school education, finding a full-time job, and waiting for marriage to have children. The milestones are described as a sequence to emphasize that their order also matters. Since at least the early 2000s, researchers and policymakers have used the success sequence model to describe a policy approach to reduce poverty and improve economic opportunity for adolescents and young adults no matter their race/ethnicity or how they grew up.

Mathematica searched for relevant studies in three steps. First, the team looked for any foundational reports on the success sequence commonly cited in the literature. Second, the team conducted keyword searches of electronic databases using the term success sequence. Recognizing that relevant studies might not refer to the success sequence by name but address the same underlying topics, the team also reviewed the references cited in the materials identified through the keyword searches. Third, the team conducted separate literature searches for each milestone (education, employment, and avoiding nonmarital childbearing), by pairing a term used to describe the milestone with the additional term poverty (for example, educational attainment and poverty).