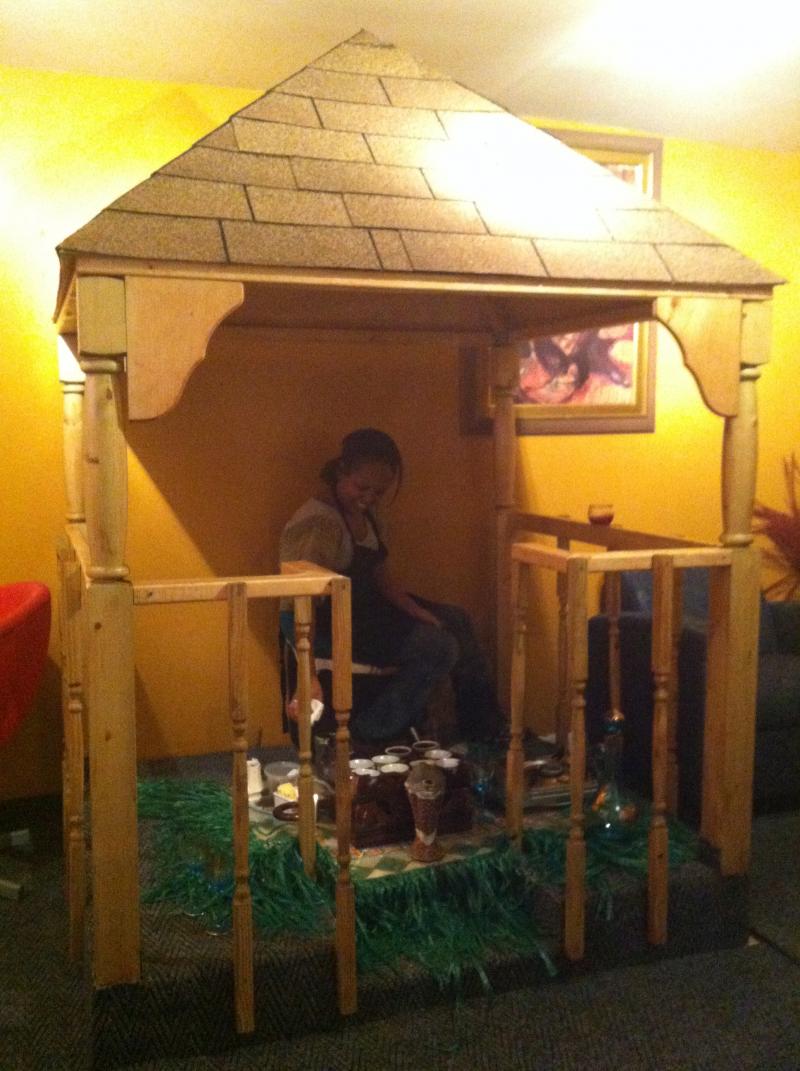 In a covert basement of what used to be storage, no one ever thought it could be anything more – except for a team of two young entrepreneurs. Kaleb Tadele, a 23 year-old Eritrean asylee saw the hidden potentials it had to be the café lounge he had been envisioning. Located in downtown Silver Spring and only a couple hundred feet from an International Ethiopian Evangelical Church, Montgomery Community College and the Social Security Administration office, he knew this would be the location of his first business in the United States.

Although he had money and connections, he needed someone with more experience in the café business than he did. He decided to seek out his most trusted friend, Robel Mamo. Robel works as a manager at IHOP and has had many years of experience. Together, they wasted no time in starting the process of turning the dilapidated space into a warm, inviting, traditional café house. Although the strenuous process took over a year, TEAM Café finally opened in June 2011. They named it “TEAM” because that is what was needed to survive conditions back home as well as succeeding in the United States – “a team is what we are”, Robel says.

Kaleb approached Boat People SOS in January 2012 after a friend told him about a workshop she attended. He wanted to expand their shop to provide food service. They wanted to serve traditional Ethiopian food and needed money to buy a ventless hood. They were approved for $5000 and as promised, within a month, they reopened and remodeled “TEAM” to be more dine-in friendly. When asked how they would stay afloat within the first or two year for business to pick up, they openly shared their other sources of income. Aside from working as a manager at IHOP, Robel also rents out sound systems for special events. Kaleb sells Italian suits on the side to earn more money. He made his connection when he was in Italy for a year.

Their biggest advantage over other surrounding cafés  is their charisma. They are young, energetic and friendly men. They make connections easily and always find creative ways to advertise their business from hosting modeling shows to sports nights. They manage to get free publicity on radio shows and newspapers through the favors and contacts that they make. Their secrets? No one knows.

When they were last visited, they were putting together breakfast menus. Their plan is to start serving both American and traditional style breakfast to cater to churchgoers and college students. Their story is told to motivate other young asylees and refugees that anything is possible; you just have to be resilient.